Remedy For A Water Treatment Facility

Horseshoe Bay, TX is a small community about 45 miles northwest of Austin.  Known as a resort and retirement community, Horseshoe Bay is recognized as one of the top golf destinations in America per Golf Magazine.  Because it is in the central Texas Hill Country and right on the banks of Lake LBJ, the community offers a multitude of recreational activities and incredible views of the lake from the lakeside resorts and homes.

The City of Horseshoe Bay is currently making improvements to their wastewater facilities that include increasing treatment capacity, upgrading equipment, and relining the front wastewater pond (referred to as Pond 1).  Prior to removing the old liner, 40,000 cubic yards (in situ) of accumulation needed to be removed from the pond 1.

The city identified the need to use a floating suction dredge to remove the sludge/waste accumulation, and an invitation for public bids was published by the city to consider methods and associated costs for removing the accumulation.  A floating suction dredge allows the pond to remain in use while project is underway.  Timing was a critical factor for this project.  Because the storage capacity of these ponds is required for effluent water, the sludge removal would be completed in the two-month window of October and November when the ponds are expected to be at their lowest needed capacity.  Directly following the sludge removal of pond 1, the pond would be dewatered by pumping its contents into the adjacent effluent water pond (pond 2), so the old liner could be removed and a new one installed. 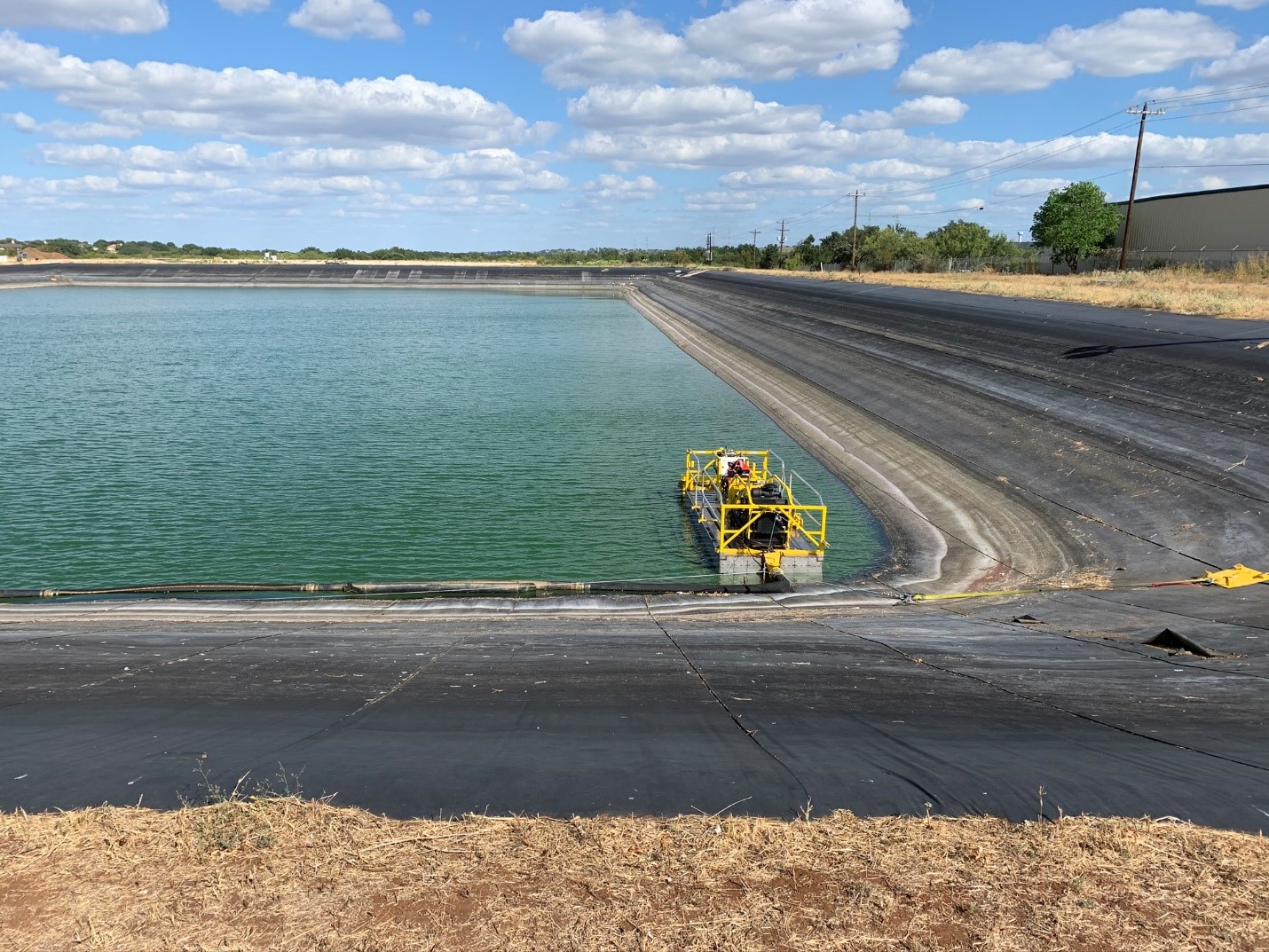 During the dredging process, the sludge would be removed, dewatered, and stockpiled for future disposal.  For this purpose, the city designated an area next to the wastewater ponds for dewatering and/or stockpiling the sludge.

After public opening of bids, the City of Horseshoe Bay partnered with Big Kat Waste Solutions and Envirodredge, LLC for the sludge removal phase of their wastewater improvement plans.  Because stockpiling can have numerous disadvantages including undesirable odors and the risk of washing back into the pond during rain events, Big Kat Waste Solutions bid this project to use geotextile dewatering tubes.

Dewatering tubes are cost-effective, efficient and leave a relatively small footprint compared to alternative dewatering methods.  Made of high-strength, UV resistant geotextiles; these dewatering tubes are idea for jobsites where space is limited and environmental sensitivity plays a large role.  Because they do not require the standard heavy equipment used in most dredging projects, the impact to the surrounding landscape is minimal and post-project restoration is negligible. As the tubes dewater the sludge, the decant water is filtered and can be returned to the pond. In addition, the material is completely contained until dewatered sufficiently and ready to be disposed. This means the odor is contained and there is no risk of the material washing back into the pond.  Dewatering using geotextiles is faster than sludge pits and much more economical than on site mechanical dewatering or transporting wet material. 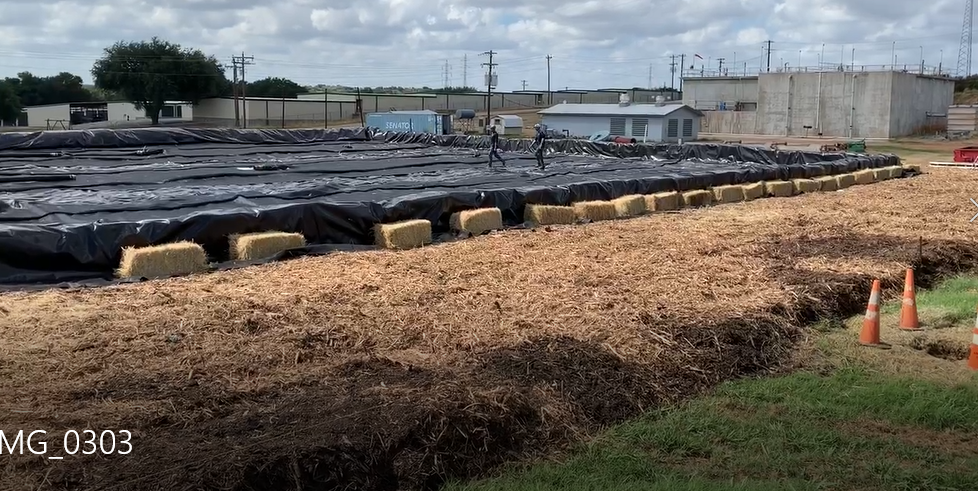 The project began by using repurposed woodchips from city tree debris to construct a level area. There must be a level base on which to stretch the dewatering tubes and a containment area to capture the decant water as it filtered through the permeable fabric and returned to the pond.  Once the dewatering tubes were in place, Envirodredge deployed a 22-foot floating dredge with a 75 HP Cummins Turbo diesel pump and 5.5-foot cutterhead that lowers to the bottom and hydraulically pumps the sludge slurry out of the pond and into the tubes via a temporary pipeline.

Initially, there were two geotextile tubes positioned on the leveled dewatering area.  As one was filled and contents were dewatering, the pipeline was transferred to the second tube to begin filling.  Because initial dewatering is relatively quick, the pipeline is moved back and forth between the two tubes allowing one to dewater while the other is being filled.  When maximum sediment holding capacity for these tubes was reached, two more tubes were installed and the process was repeated.  After the contents of the dewatering tubes has sufficiently dried, it can be repurposed or disposed.

Using hydraulic suction dredging coupled with geotextile dewatering, Big Kat Waste Solutions and Envirodredge saved the city over $450,000.00 and saved 120 working days on this project.  In addition to completing the project within the allotted time frame, neither of the water treatment ponds were offline at any point during the process.

Prev:  Maintaining a Community
Next: Taking the “Dred” Out of Dredging